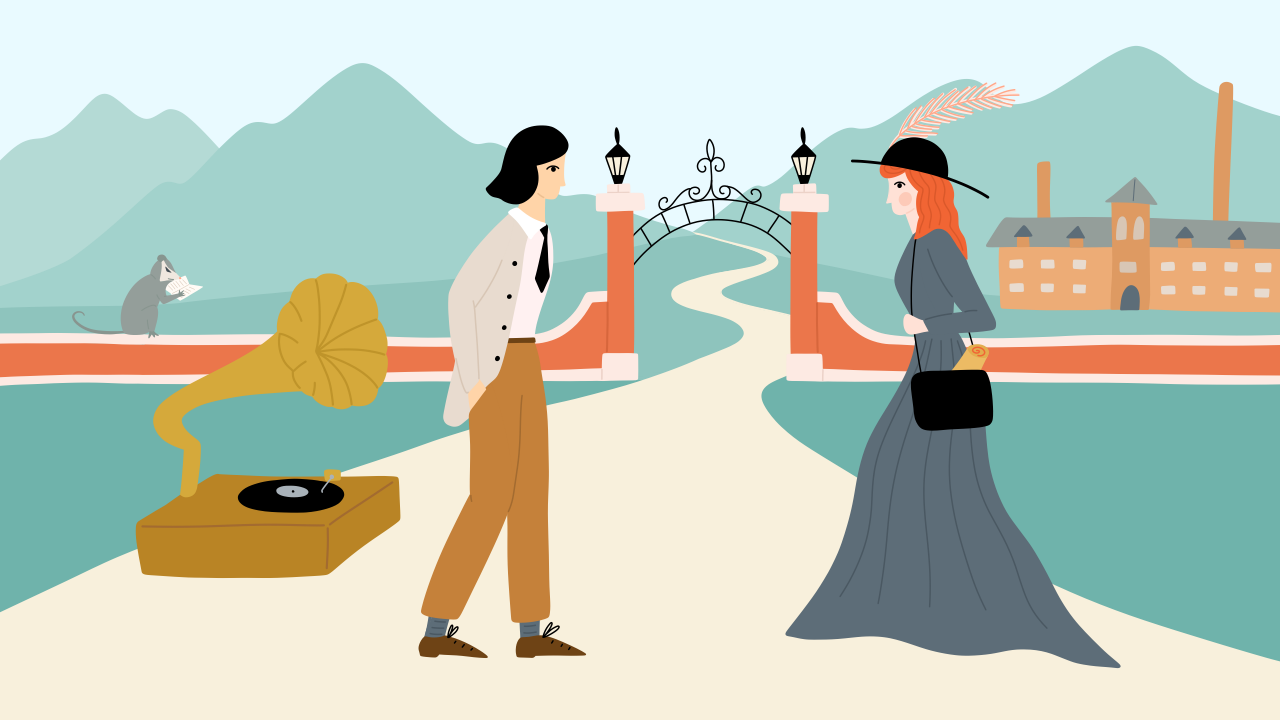 Jill Wharton shares her experiences in academia and how she navigated the hidden curriculums of higher education.

In September 2020, six months into the pandemic, I started a career journal for the first time. It was by all accounts a desperate measure. I’d been out of work since the winter and had sent more than forty job applications into the digital abyss. I was scraping by, depressed, and, not unrelatedly, spending most of my time indoors, adrift in a cramped urban space.

Stuck with the imperative of professional reinvention after a decade of graduate training, I did what many anxious people do: I started a list. In this case, an annotated (eventually sprawling), list of all the jobs I’d had in the past 8 years, taking care not to conflate “things I know” with the resume-based work I’d done while earning my degree.

As I dissected the jobs, formal and otherwise, into skills (many of which I’d taught myself), core competencies, achievements, and so on, I was struck by a guiding insight: whatever else earning a doctorate does for (or to) you, it makes you a professional learner. Earning a PhD can be a lonely road, and the journey often conditions us to assume a fixed range of career options stationed at the end. What I’ve discovered over the past few years, however, is that there’s a huge community of talented people who have been in the same position, and most of them want to help. Suss out your cohort, and network laterally: in life after academia, your greatest asset might well be peer mentorship. Finding your next step, and the meaning inherent in it, really is about people.

Because I’m first-generation and was raised in Appalachia, no small part of my discovery process has been grappling with what it means to hold A Nice Degree when you’ve lived in poverty, acquired little white collar work experience, and have no choice but to support yourself on the other side of an academic credential.

I started my life in higher ed in central West Virginia in 2003. At which time, spaghetti still qualified as ‘ethnic food’ and Google was unknown. Although I was about to turn 20, and was two years into a History BA at Fairmont State College (now University), I didn’t have a computer at home, and knew no one who did. In general, the tech front, even in one of the state’s larger cities, was dire: nearly everyone I worked with--cashiering at Shop n’ Save after classes, and at McDonalds before them--as well most of Fairmont’s student body, used burner flip-phones. (Often, hangouts and study sessions were blighted when we all ran out of minutes towards the end of the month.)

As the Fall term of junior year loomed, I returned home from a morning shift reeking of deep-fryer grease to find an envelope from the National Student Exchange program. I’d applied for one of their scholarships six months earlier, not expecting to make much of an impression on any organization with ‘National’ in the title, even though completing the forms had taken a month of steady work. The process had seemed worth it, though, because towards the end of my first semester, I’d become fascinated by film history--I’d always loved classic movies, but who knew you could study them? --and discovered the larger field of media industries in the process. During the Christmas vacation, I'd driven an hour to the nearest Books-a-Million and picked up a copy of Maria DiBattista’s Fast-Talking Dames, a superb popular history of the studio system and women in screwball comedy, and then I was hooked.

When the Registrar’s office reopened in January, I learned two things: Fairmont didn’t offer classes on film or media, and neither, according to the course catalogues the work-study aid begrudgingly piled in front of me in the waiting room, did any 4 Year institution in the state. A scholarship opportunity beckoned.

I was attending Fairmont on a PROMISE scholarship ($1300 a semester, not including books, room, or a meal plan), and was stunned to see the tuition subsidies and estimated ‘cost of living’ fees attached to most NSE ‘partner schools’ with any film studies curriculum to speak of. And I’d never lived anywhere but WV and Ohio. The thought of upping sticks to New York City or Boston on my own with a few hundred dollars in savings was an adventure I didn’t yet feel inclined to take.

One campus brochure, though, intrigued me: its ivy-covered buildings were nestled at the foot of a comfortingly-familiar mountain backdrop. Keene State College in Southern New Hampshire had a performing arts center and an elaborate film studies minor; Ken Burns was known to drop in on the editing labs and seminars that his studio, Florentine Films, helped to fund.

"And on that morning in late July, there it was: a glossy acceptance letter, with the promise of money attached."

With my Chrysler packed full and the passenger seat piled with tri-fold maps, I set out for my next academic journey. Keene--leafy, liberal, with an actual Main Street--was in many ways as idyllic as the flyers promised. But with the first week of classes came an unsettling discovery: apparently, I had an accent. The kind that made heads turn whenever I spoke up in the classroom. A “twang--like you’re talking out of your nose…and you pronounce words weird: CEE-ment and INN-surance and stuff,” as my roommate from Connecticut diplomatically described it. My hillbilly vernacular wasn’t the only thing getting lost in translation; groups of students snickered when they found me scrubbing in the dorm kitchen one weekend: ‘don’t you know they hire people to do that?”

Indeed, when I compared my knowledge of college life to what the roving cliques of athletes, ski-brats, and safety school snobs (yes, I was bitter), seemed to have always known, and expected to have, I felt that my background and habits--raised on an actual farm, rolled my change for gas money, intimidated by yogurt--qualified as the punchline of an especially unfunny joke.

I piped down but threw myself into work, enrolled in every film seminar possible that fall, and even took a history class on slavery and white nationalism entitled “Jim Crow and After”--a far cry from the World Civ sequence on offer at Fairmont State. (As so many others before me, I discovered that ‘the South’ became an object of study the moment you were safely out of it.)

Apart from the revelations contained in the curriculum, I learned that I could audit courses for free in nearly any subject I wished. And since this was the first time that attending college hadn’t also meant working full-time for minimum wage, I was armed with energy drinks and hellbent to make hay.

Studying outside the editing lab one afternoon, I overheard a group of Theatre students running lines from an elocution exercise. Annoyed, and then intrigued, it was then I had a brainwave that changed my future on many fronts. I asked the students for the professor’s name, found an office number on the department registry, and rather shakily asked him if I could audit the class.

Between Fall Break (I stayed in NH), and Final Exams, and with plenty of late-night practicing in the nooks of the campus library, I managed to Henry Higgins myself. I shocked my family when I did go home: “hell, you sound like you been to college, girl!” was my Granddad’s first blurted comment. But in teaching myself to negotiate the hidden curriculum of higher ed, I broke a path that made many other complex and ambiguous structures open before me.

"Education is, at bottom, merely the outward sign of an inner resilience."

Three degrees, and many life-affirming friendships and professional experiences later, I’m reminded that education is, at bottom, merely the outward sign of an inner resilience. If you can negotiate graduate training, you’re capable of teaching yourself nearly any process, and you’ll know how to leverage valuable resources while doing it. In the end, the constraints of the pandemic and the career journal forced me to reflect on my ability to make systems out of the things I enjoy.

Making your PhD work for you means reflecting on the variety and scope of the experiences entailed in earning it. You’ve already done an enormous number of things well; the next step is making the connections and building the network you need to move forward in your journey.

Jill Wharton works in higher education market research. She earned her PhD in English and Irish literature from the University of Notre Dame.

Jill is a founding member of the Hikma Collective.

For a recent overview of the skills/networking debate ongoing in grad career diversity, I recommend Ashton Merck’s July 2021 essay in Versatile Humanists

Disclaimer: All views and opinions expressed are those of the authors and do not reflect the official policy or position of any other agency, organization, employer, or company, including but not limited to Hikma.

Stay connected with news and updates!

We will never sell your information, for any reason.

Get updates on our company journey, blog posts and new services.